Marijuana and your fertility: are my eggs/sperm “stoned” too? 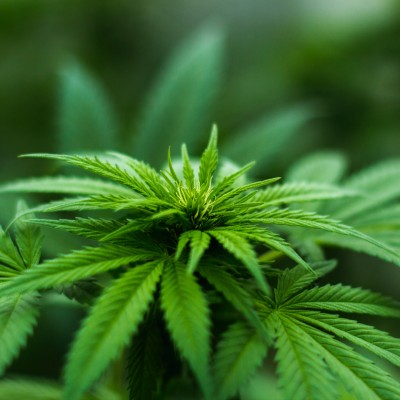 Sperm party hard too – research has shown that they become hyperactive, swimming too hard too early and burning out before they reach the egg

The most commonly used illicit drug amongst people of reproductive age, this one is worth discussing as it is linked to decreased fertility in both men and women, dramatically affecting the quality of sperm and impacting negatively on the health of developing babies during pregnancy.

In men, marijuana disrupts the complex THC (the active ingredient in marijuana) weakens sexual drive and reduces sperm production by interfering with the production of testosterone. Sperm party hard too – research has shown that they become hyperactive, swimming too hard too early and burning out before they reach the egg.1 Yes every cell in your body becomes “stoned” and if sperm don’t have the energy left by the time they reach the egg, they don’t have a chance of breaking through the outer casing of the egg for fertilisation to occur.

Women who smoke marijuana also secrete small amounts of THC in vaginal fluid and reproductive organs, and when the sperm come into contact with it, they go into party mode, becoming hyperactive and burn out too quickly. Marijuana can also harm a developing baby, especially in the first weeks when you may not even know you are pregnant.

Consequences of smoking marijuana on fertility

If you are trying to conceive we recommend that you don’t use marijuana in any form
Aside from the above risks, marijuana may also be contaminated with problematic heavy metals (such as lead to increase its weight and sale value per gram) or more addictive illicit drugs, such as cocaine. It’s just not worth it.

Research is tricky to conduct on the singular impacts of marijuana on fertility specifically, as people who do smoke or consume it tend to higher rates of cigarette smoking, alcohol, caffeine and other illicit drug use before and during pregnancy, confounding results of any research as they are known to cause issues for fertility and pregnancy.  Of course marijuana is often smoked in combination with tobacco and this has it’s own inherent fertility disasters too.

What about other drugs?
Party drugs, street drugs, illicit drugs such as cocaine, speed, ecstasy, heroin and ice all have dramatic affects on fertility and of course your overall health. Men may suffer reduced libido, abnormally shaped sperm and low sperm count and women often suffer abnormal ovulation and irregular menstrual cycles as well as a reduction in ovarian reserve.1 Long-term use can lead to permanent problems for your fertility and your baby, but in many cases, any damage caused may start to reverse as soon as you quit your habit.

Results from research can be confusing, however, the growing body of evidence that suggests that to produce optimal outcomes for healthy pregnancy and baby, women and men should be encouraged to avoid all forms of substance use behaviour while trying to conceive and during pregnancy.

My future baby
With the regular use of any addictive substance during pregnancy, your baby must suffer the withdrawal symptoms after birth that you are avoiding yourself. After getting your baby used to regular doses of these substances, even though some will cross to the breast milk, compared to being more directly attached to your blood supply there is a dramatic reduction in exposure. This means your baby suffers severe headaches, pains, shakiness, emotional turmoil – all of this while getting to know the feeling of life on the outside – what a difficult start to life (for all of you!). There is no better reason to give up now! Giving up now is not more stressful than the potential poor health outcomes you are creating for yourself and your baby.

But what if I am addicted? How can I give up?
Stay motivated. Get support. Join a group. Be kind to yourself but stay on track. Remind yourself why you are doing it. Reward yourself regularly. Save up the money you don’t spend on these things and treat yourself to a massage – or even a holiday! Do the maths – most people don’t realise how much these habits are costing them!  Literally put the money aside and use it to reward yourselves every week or month that you stay on track.

Support for detoxification with naturopathic work can help by improving elimination and reducing suffering experienced during withdrawal and reduce cravings. Acupuncture and hypnotherapy have both been shown to significantly reduce cravings.

With our patients we often find that emotional reasons underlie substance use. We try to duck and weave away from our feelings and fears by masking them or pushing them down with a cigarette/a drink/a shopping spree/a food binge … (or insert your special avoidance tactic here).

Counselling of some kind can be very useful to identify the ways in which we hide, what in fact we are hiding from and how we can show up to and resolve these issues without the need to dampen it down. You may have tried this in the past and didn’t find it worked for you – don’t give up! Try someone else, something else to give you the support you need to make the change.

You know the ways these things are harmful for you, your fertility and your baby. Now is the time to work on this and it will actually make the inevitable stresses of early parenting easier too. Let us know if you need a referral to a good practitioner.

Charmaine Dennis is a naturopath, fertility and health expert, mentor, writer, mother, and businesswoman. She is the founding director of Fertile Ground Health Group, co-creator of the Be Fertile relaxation CD series and co-author of The Breakfast Project, among other health inspired projects. Her greatest gift and inspiration is making health, wellbeing, and passionate living accessible, inspiring and achievable for everyone. Charmaine’s naturopathic career has followed a special interest in working with couples with infertility requiring IVF support since 1999.  She has assisted many in realising their dreams to conceive healthy, beautiful babies in collaboration with GPs and fertility specialists, acupuncturists and other health modalities.