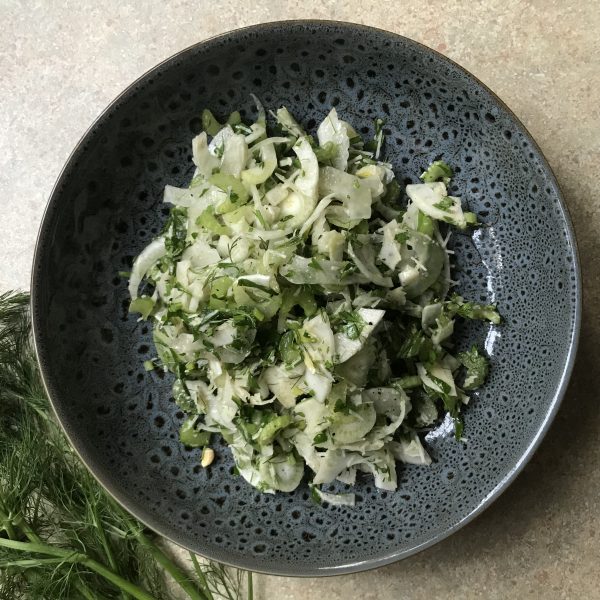 By Josephine Cabrall, FGHG Naturopath These two salads are versatile side dishes to a variety of meals.

These two salads are versatile side dishes to a variety of meals. The fennel slaw particularly compliments chicken and fish but I find it can form a part of any good spread, making it perfect for picnics, barbeques and pot luck dinners.

The chickpea salad can be a stand-alone meal (great for a quick lunch) and accompanies lamb, chicken and falafel well. Or just pop a poached egg on top for some extra protein.

They are both tasty ways to get extra veggies into your day and boost your fibre and antioxidant intake. Antioxidants are anti-aging, improve fertility and general health, while fibre helps to keep your bowels regular and feeds beneficial gut bacteria.

Mix fennel, celery and parsley in a bowl and season well with salt and pepper

Dress with the olive oil and red wine vinegar and toss

Finely grate parmesan cheese over top and give a final toss 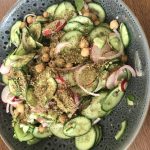 Zaatar is a Middle Eastern herb and spice blend that varies but usually contains toasted sesame seeds, ground sumac, cumin and coriander, salt, thyme and oregano. You can buy it from Middle Eastern grocers and some supermarkets.

Finely slice cucumbers, onion and radishes and combine in a bowl with olive oil,  lemon salt and pepper, tossing well. Top with zaatar and serve.