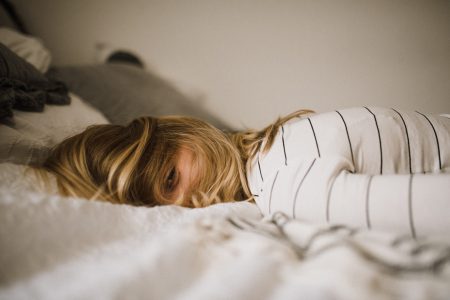 Pelvic pain is one of the most common pain complaints that I see in clinical practice. Many women experience and endure a level of pelvic menstrual pain on a regular basis, believing that symptoms such as cramps, spasms and aching are common and expected during their menstrual cycle. Some women suffer even more severe and debilitating pelvic pain, affecting their life for most days of the month.

I am always impressed by the effect of acupuncture when treating women for this type of pain. Acupuncture can be a safe and non-invasive way of managing these symptoms, whether it be caused by endometriosis or otherwise.

When treating pain, I use a technique called “distal acupuncture” where needles are mostly placed in arms and legs, regardless of where the pain is presenting. It’s a very comfortable, effective treatment and there is no need to remove clothing for this type of session.

I recently treated a young woman using distal acupuncture, who had endured severe pelvic pain for the past 15 years. Alison (named changed to protect privacy), aged 31, described her pelvic pain as a sharp and inflamed sensation felt throughout her lower abdomen, particularly on her right-hand side. The pain was present almost every day, with only 3 days each month being pain-free. The pain was at its worst during menstruation and ovulation, when it was so debilitating that pain killers were no longer effective and she was unable to work.

Alison had seen a gynecologist who had confirmed Stage 4 endometriosis. The gynecologist referred her to see me, after having performed a second laparoscopy, removing the endometriosis and also scar adhesions from the first surgery. Unfortunately, the laparoscopy had not sufficiently relieved Alison’s pain.

On presentation to the clinic, Alison also had pain in the soles of her feet, which would come on at the same time as the pelvic pain. Her energy was very low, sleep was poor, she had “IBS” symptoms of alternating constipation and diarrhea, and also suffered from profuse night sweats.

Acupuncture points were chosen to facilitate blood flow to the pelvic cavity. While these were distal points (located on arms and legs rather than the pelvis), the patient felt a decrease of pain from a 7out of 10 to a 1 out of 10 by the end of her first session. This pain relief only lasted for 12 hours after the first session.

However, now, after 7 sessions in total, Alison has gone from being in pain for 25 out of 28 days, to only having pain 4 days out of 28, around the time of menstruation and ovulation. The pain is much more manageable and Alison no longer needs to take time off work. She also notices that her energy and sleep have both improved, the pain at the soles of her feet has almost completely gone, and night sweats have not occurred since our second session together. Digestion is also changing, with bowels becoming more regular.

Overall, Alison feels encouraged by her progress, and we have now been able to drop the acupuncture sessions down to once per month, for maintenance of the pain at the worst part of her cycle.

Of course, this is just one example of how this technique has worked for one woman and is not necessarily how other individuals will respond to this method of treatment. Given the severity and long-term nature of the pain however, Alison and I agree that this has been a great outcome and a positive example of distal acupuncture for pelvic pain conditions.

Naomi has a special interest in treating pain arising from a multitude of conditions and in particular, relating to women’s reproductive health. With her extensive experience as a practitioner, Naomi brings a warmth and deep understanding to the treatments she provides and particularly enjoys working with pregnancy and women trying to conceive.